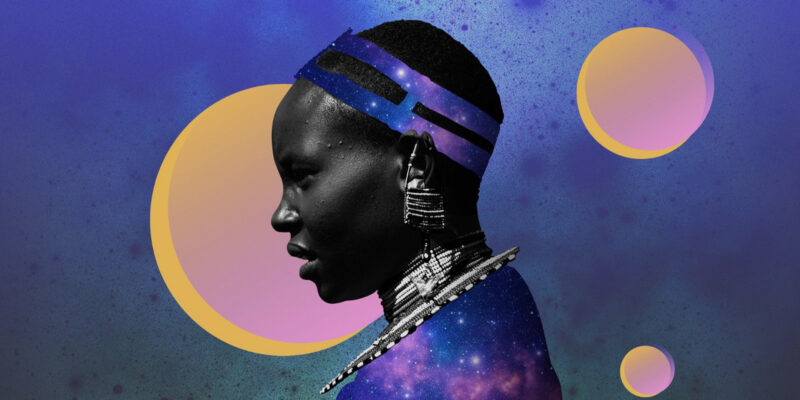 NARRATIVES OF RESISTANCE: The Poetics and Politics of Staying Human

Transnational migrations and the cultural products they engender represent as many continuities as possible, departures, adoptions, rejections, encounters, interactions and fusions of processes of plural contemporalities. These processes that Narratives of Resistance engage in describe a quest for a transcultural aesthetic of a global imagination away from an ontological essence that may be specific to any one group. Thus, while focusing on Africa and the African Diaspora, they also open to other expressive experiences.

This politics of openness offers opportunities for exploring the idea of identity as something ultimately constituted by processes of engagement that are not given but rather constructed and expressed in each new circumstance, pursuant to personal choices, specific contexts of actions and concrete possibilities for expression; a “dialectic of a total rhizome of what’s different.”

In the transnational context characterized by the crisis of the multiculturalism model and the complex of mobility, new forms of aesthetic expressions and spatial affiliations, Narratives of Resistance objects to the existence of an aesthetics legitimized by others’ views without any account for the dynamics interplaying in the cultural zone. Narratives of Resistance argues then that, more significant than origins as a dimension, is the sentiment of belonging which feeds on histories, memories and encounters that only find meaning in the unrelenting similarities.

By engaging a quest for a fusion of the experiences that overlap in the African Diaspora Narratives of Resistance sets its articulation in a world-time that works towards reconnection. New World societies are composed not of one but of many peoples. Their origins are not singular but diverse. For Stuart Hall “…The land has been violated—not empty but emptied.” The struggle by native Americans today re-creates the experience, in real time, of those indigenous people decimated by hard labor, diseases and genocides.  These are articulations to be made to fully understand the connections.

Everyone who is here originally belonged somewhere else! At the center of Narratives of Resistance is then a constant process of delving into these identities developing into an established complexity, the expression of subjective characters that cut out spaces of autonomy and liberty that reject imposed categorizations to define themselves in liberty.

The use of re-connections is a suitable visual metaphor for Narratives of Resistance. This is because, deep mutations that would mark the twenty-first century are unfolding live on communication platforms unheard of just a decade ago. Transnational interactions, the failures of the postcolonial state and the exhaustion of some epistemological frameworks are manifestations of the current global disorder These situations require us to search for new answers to the challenges of a planet more and more interconnected.

Dr. Francio Guadeloupe has been a tenured staff member of the Department of Anthropology since 2013, combining public anthropology with a love for teaching and doing ethnographic research. He is also a senior research fellow at the Royal Netherlands Institute for Southeast Asian and Caribbean Studies (KITLV-KNAW). https://www.uva.nl/en/profile/g/u/f.e.guadeloupe/f.e.guadeloupe.html?cb

Valérie Sandoz was trained as an archaeologist in Mali and as a museum curator. She began her career at the International Council of Museums, the largest UNESCO NGO, where she was hired to develop a program for the reinforcement of museums in Africa and to fight against the illicit trafficking of cultural property. For ten years, she led museum programs addressing the issue of illicit traffic in many regions of the world, including Africa, Asia, Latin America and the Middle East. When the Tjibaou Cultural Center in New Caledonia in the Pacific was created, she was appointed head of the visual arts Department with the mission to strengthen Kanak cultural identity by supporting, showcasing and promoting the work of contemporary Kanak artists. Back in Europe, she joined the Africa Museum in Belgium (Tervuren) to design the renovation program of this internationally renowned museum on Central Africa. She then served as Secretary General of the Colbert Committee – an umbrella organization that federates French leading companies for the purpose of promoting the cultural dimensions of French luxury. At present, she works as an independent consultant on international cultural policies.